David “Doc” Sands has become the latest famed poker pro to retire from the game. But unlike other players, Sands isn’t retiring because he’s burnt out or doing badly on the tables. Instead, he’ll be working for a hedge fund, as he told Doyle Brunson via twitter. Here’s a quick look at their twitter exchange:

(Brunson) There is a rumor going around that you are retiring from poker. Surely it’s not true?

(Sands) I am, to an extent. I took a job at hedge fund – learning how to place some bigger bets 😉

Sands has been playing poker since the mid-2000s. He first gained fame after racking up some impressive online poker scores, even achieving the number one ranking on PocketFives for a while. He’s earned over $3 million in online tournament cashes, with most of this money coming at Full Tilt and PokerStars.

Both he and his then-girlfriend (now wife), Erika Moutinho, achieved some mainstream fame after they made deep runs in the 2011 WSOP Main Event. This was obviously a true love connection because Sands busted out in 30th ($242,636), with Moutinho shortly following him in 29th place (same payout).

Given the success that Sands has maintained in recent years, it’s interesting timing that he would choose now to step away from the game. But on the other hand, maybe Doc is looking at investing as a way to turn his poker profits into even more winnings. Whatever the case may be, we wish him luck in the future. 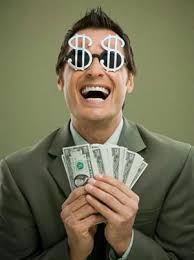 It appears that 2011 WSOP Main Event champion Pius Heinz will be sharing his $8.7 million prize will plenty of other people since a Russian poker staking had backed him. The company is called Pokeroff, and they have staked plenty of successful players in the past. Of course, its hard to get more successful than a WSOP Main Event winner, so Pokeroff most likely grabbed their biggest profit ever off of Heinz.

Unfortunately, we don’t have any details on how much money Pokeroff made because they’re a private company that’s tight-lipped about their success. But the Betfair poker blog did manage to catch up with an investor in Pokeroff named Max Katz. The Moscow native is also a poker player who has an eye for budding talent.

He spoke about their business by saying, “We have a closed community inside Pokeroff that people can participate in, and they can buy shares of players who are wanting to sell some action. We also actively look for people who are wanting to sell shares, then we publish the offer on the private website, and it is divided between the people who want a share of that particular player.”

As for Heinz, Katz didn’t give too many details about dollar figures, but he did tell Betfair, “Actually I cannot say the exact number and I would prefer for you to publish rumors because we like to keep the exact number secret, but yes we had a big share of Pius.”

Just a few months ago, we reported how the poker backing industry had been struggling somewhat – especially in the United States, where poker action was crippled after Black Friday (April 15th). However, it seems as if the business of poker staking is thriving on the international scene, and Pokeroff is one of the biggest beneficiaries.

Ben Lamb may have been the talk of this year’s WSOP, but it was Pius Heinz winning the 2011 WSOP Main Event title, along with the top prize of $8.7 million.

Heinz walked onto the final table with 108 million chips, which put him well ahead of the other two remaining players in Lamb (55.4 million) and Martin Staszko (42.7 million). However, it didn’t take long at all for Heinz to have competition since Staszko doubled up through Lamb on the first hand of the final day. It happened when Lamb tried to steal a pot from Staszko with K-J, only to see the 35-year-old Czech Republic native go all-in. Lamb felt that he was pot committed and called; Staszko flipped over pocket sevens, and won the hand after the board provided nothing for Lamb.

Just three hands later, Lamb desperately shoved his remaining chips in with Q-6(o), which didn’t hold up against Staszko’s pocket jacks. With the American now eliminated from the tournament in third place, Heinz and Staszko battled for the title, with the latter holding a 117.3 million-to-88.6 million chip lead.

This was definitely a heads-up match for the ages as both players went back and forth with the lead. At one point, Staszko looked like he was in firm control of the tournament since he’d maneuvered into a 4-1 chip advantage. However, the German Heinz never looked phased, and battled back to be in contention.

On one very critical play, Staszko called Heinz’s shove with Qc-9c because he didn’t think that the 22-year-old had anything. But Heinz held Ah-Qh, and when the board provided no help to either player, the German took a big lead over Staszko. Just a few hands later, Heinz was able to put Staszko away and win the 2011 WSOP Main Event title.

With the world’s biggest poker tournament now in the books, Heinz becomes the third richest winner ever with $8.7 million. Here is a look at how all of the final tablist fared:

Every year, it seems as if one WSOP player stands out above the rest. Last year, it was Michael “The Grinder” Mizrachi because of his previous fame, $50k Player’s Championship title, and 2010 WSOP Main Event final table appearance. This year, the shining star at the 2011 WSOP is no doubt Ben Lamb who is now a lock to win the WSOP Player of the Year award.

The 26-year-old has absolutely crushed the competition after winning the $10k Pot Limit Omaha Championship ($814,436), and finishing within the top 12 in three other tournaments. Now all of this would have been enough to put Lamb in a position where he was the best 2011 WSOP player. However, Ben Lamb has taken things even farther by making it to the end of the WSOP Main Event.

When the final table finishes play today, Lamb will be second in chips behind Pius Heinz, and in front of Martin Staszko. But no matter what happens, you can be sure that his name is already etched into WSOP lore since he’s guaranteed a top three Main Event finish on top of everything else.

The financial aspect is definitely worth noting in all of this too because Lamb has taken himself from being a well-paid grinder to being a bonafide multi-millionaire. Counting just his first four cashes, Lamb earned $1.3 million. And when you include his impending 2011 WSOP Main Event cash, he will make anywhere from $4 million to $8.7 million.

You could even say that Ben Lamb has had the best WSOP ever when the tournament field sizes and event skill levels are taken into account (four of the five events he’s cashed in were championships). Of course, that is something up for debate after looking back through history, but Lamb’s 2011 WSOP performance is definitely near the top. Since 2008, the World Series of Poker has been running their Main Event under the November Nine format, where the final nine players meet in November to decide the tournament results. Of course, since the first portion of the WSOP Main Event ends in July, this creates a four-month gap before the final table is decided.

It wasn’t always this way though since the WSOP used to run the Main Event and final table within the same two weeks. However, the change was made in 2008 to create more buildup for the tournament, and help ESPN earn higher TV ratings. But after four years with this experiment, WSOP officials are starting to wonder if the November Nine format is turning people off of the Main Event.

Seth Palansky, who is the WSOP Communications Director, spoke about this subject by telling reporters, “We’re committed to it but I think what we learned over the summer with the live and taped programming is that we’re going to have to revisit the concept after this November. If you’re doing something live do you really need to delay it four months and try to build this anticipation to get people to watch? It doesn’t quite work.”

The 2011 WSOP Main Event final table will meet this Sunday to determine who wins the $8.7 million top prize. So far, no drop-off is expected in the ESPN ratings since enthusiasm is high for the final segment of the tournament, but if the WSOP notices any drop at all, they could be going back to the regular format.

That said, most poker fans would probably welcome the change because that way, they wouldn’t have to wait four months just to see the tournament play out. But we’ll have to wait and see what the WSOP and ESPN end up determining in the end.

Obviously Crawford has the strongest chance to be the last woman standing; however, anything can happen in the Main Event, which means Musumeci could also make a move.

Regardless of what happens, both women are already winners since they’ve gained lots of publicity by making it this far. For Crawford, who only had nine small cashes in her career, making it into the final 200 players of the Main Event means that she’s finally a recognized face. And seeing as how she’s attractive, this Main Event run could lead to a big sponsorship deal for Crawford.

For Musumeci, her strong Main Event play has finally earned her a live poker tournament cash. Before this year’s Main Event, she was primarily known for online poker tournaments, which doesn’t usually land people sponsorship deals. This being said, there was outcry when Bodog Poker signed Musumeci to a big deal since men with similar stats (over $700k in online winnings) probably wouldn’t get the same opportunity.

On the other hand, Bodog has always exemplified the playboy image of owner Calvin Ayre, and they often bring plenty of women to commercial events such as Poker in the Park. In any case, this Main Event cash further legitimizes Musumeci’s career.

While we’ve seen plenty of rappers, rock stars and Hollywood A-listers in past WSOP’s, we haven’t seen a whole lot of NBA stars enter the world’s biggest poker event. However, all of this changed in the 2011 WSOP since two stars in Paul Pierce and Shawn Marion both played in tournaments this year.

Pierce is the big headliner here because he registered in the 2011 WSOP Main Event, and actually managed to survive the first day. The Boston Celtics forward played in Day 1c, which included over 2,100 players, and he was one of the lucky 800 players to move on. In addition to playing some good poker, Pierce also managed to maintain a relaxed attitude at the table. He casually talked to people on the rail, while also keeping a solid focus on the poker action.

During a break from the action, Pierce told reporters, “Solid day. I’ve gotta pick it up if I want to compete. It’s a good first day. It’s a marathon, not a sprint. Regardless of who I am in the NBA, I’m everybody’s equal at the table. I’m fair game. You’ve got to be able to play.”

Another star who showed up earlier in the 2011 WSOP was Shawn Marion. Fresh off of winning a championship with the Dallas Mavericks in June, Marion jumped in a $1,500 No-Limit Hold’em tournament. He ended up taking 800th out of 3,389 players, and spoke about his finish by saying, “Tournaments are hard to play. I’m a cash game type of guy. You have to be patient, wait for cards and sometimes you wait for so long, you get antsy.”

It’s no surprise that Marion played in a WSOP event since he’s been making some forays into the poker world. The power forward has been spotted hanging out with Maria Ho and Tiffany Michele recently.