Phil Hellmuth gives away 11 of his WSOP Bracelets

In a day and age where WSOP champs are pawning their gold bracelets off or donating them to charity (Peter Eastgate), Phil Hellmuth is an exception to the norm. The Poker Brat recently tweeted about giving away 11 out of his record 13 WSOP bracelets, as you can see below:

I don’t really know a whole lot about Hellmuth’s “sister Ann” or “bro/law John,” so we’ll just skip over that. But one interesting mention in the tweets is Chamath Palihapitiya, a former Facebook VP and current Golden State Warriors co-owner.

I’m not sure that anybody really knew who Hellmuth’s best friend was. After all, he doesn’t exactly pal around with anybody like Antonio Esfandiari and Phil Laak do. However, maybe Palihapitiya being his bestie explains why Hellmuth, a Wisconsin native, loves Golden State so much.

While the Poker Brat’s bracelet giveaway may warm some people’s hearts, Brad Booth definitely isn’t one of them. Still bitter over being a UB superuser victim, and angry over Hellmuth’s part ownership of the company, Booth tweeted the following:

Since being taken for $2 million through Russ Hamilton’s UB superuser scam, Booth has continued his downward spiral, owing others tons of money in the process. And one guy that he’s continually blamed in all of this is Hellmuth because the poker legend owned part of UB’s parent company.

UltimateBeat Documentary to be released this Month

For the past few years, poker investigator/blogger Scott Bell has been compiling evidence on the UltimateBet cheating scandal, which saw dozens of high stakes players defrauded by superusers. And now, Bell is set to release his documentary via Video on Demand on October 22nd.

The story tracks an intersection of old school hustlers and technology during the “poker boom”. After successfully launching a popular site, a group of insiders used software access to defraud players over a period of years without detection. When discovered, they went to great lengths to cover-up the crimes in order to repay less than the amount stolen.

Nobody was ever investigated, arrested, indicted or prosecuted for the crimes. The subtext is how a small group of players crowdsourced an online investigation to force the site into repaying far more than they intended, if not fully.

Some of those who were cheated in the scandal will be featured in this documentary, including Brad Booth, Mike “trambopoline” Fosco and Todd “Dan Druff” Witteles. Besides appearances by victims, UltimateBeat will also include bits with Travis Makar, who, earlier this year, released taped conversations from Russ Hamilton and Iovation CEO Greg Pierson – two of the biggest figures behind the UB cheating scandal.

Now, six years after the UB scandal broke, many people still have questions they want answered. How much money did UB actually refund to affected players? What was Phil Hellmuth’s stake in the parent company? Did Annie Duke play a role in this scandal and/or cover-up? How are the original figures behind the cheating scandal set to capitalize on legal online poker today? Hopefully UltimateBeat will help answer some or all of these questions. 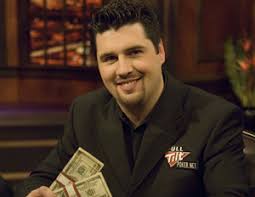