Is Everleaf Gaming going to pay US Players?

A few months ago, the online poker world suffered another blow when the Everleaf Gaming network decided to pull out of the US market. Their reasoning was that the US Department of Homeland Security sent them a cease and desist letter, which made banning Americans reasonable. However, what’s not reasonable is the fact that – three months later – no serious efforts have been made to refund players’ money.

Following their pullout from the US online poker market, Everleaf Network sites claimed that American deposits were safe. In fact, a Minted Poker rep even posted a statement in the ever-popular TwoPlusTwo forums that read, “I really understand how this will worry our players especially those in the US, but I also wish to reinforce that ALL monies held by ALL poker players, US and rest of world, are secure and ring-fenced.”

And while US money may be secure, it’s ring-fenced in the pockets of Everleaf Gaming sites. When asked about how players can expect to get their money back, the network offered these two very unhelpful suggestions:

1. Open a Moneybookers or NETeller account, then transfer funds to it.
2. Open a banking account outside the US.

Both of these suggestions are very unrealistic because A) Americans aren’t accepted at Moneybookers and NETeller, and B) traveling to set up a bank account outside of the US pretty much defeats the purpose of getting your money back in the first place.

Poker writer Haley Hintze, who was instrumental in reporting on the injustices of UB Poker over the years, is also active in discussing Everleaf’s lack of effort. She believes that the poker network is essentially letting US players pay for Everleaf’s failed risk. Furthermore, she thinks the Malta license jurisdiction bares some blame here after writing, “As for the LGA (Malta Lotteries and Gambling Authority), its minimal response to recent player complaints leaves little expectation it can proactively move Everleaf toward a prompt payment resolution.”

Long story short, if you’re a US player wondering about Everleaf Gaming payouts, you’re going to be waiting a long time! 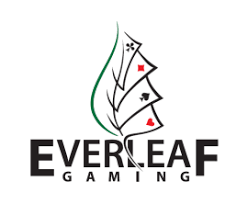