The last couple of years may not have been great for J.C. Tran, but this year’s WSOP seems to have put an end to his dry spell. He earned six 2013 WSOP cashes and still has the prospect of capturing poker’s most prestigious prize.

Despite all of his poker success, Tran also spends much more of his time these days with his wife and children. He commented on the support his family has given him by stating, “It’s been really, really tough. My wife has been absolutely amazing. She’s pregnant at the moment so her body is exhausted. Plus we have a two year old so things can get pretty hectic.”

He continued glowing about his wife by saying, “She even wakes up to make me breakfast, prepare my coffee, drop me off, and meet me on dinner break. Right now she’s not feeling well but still trying to do things for me. I told her right now just rest and relax. Once this is over, it will be all family time for a long time. I might make one stop for that big $10 million guarantee (in Florida) but other than that I’m not going to Asia, not going to Europe, nothing. That will be it.”

The way it looks now, Tran is hoping to collect one more big tournament score before taking some time off to relax with his family. And based on the current chip stacks, he’s definitely going to get a nice payday! 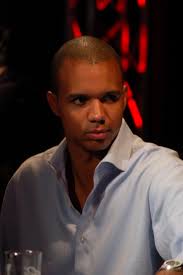 Along with the rest of the Full Tilt Poker crew, Phil Ivey hasn’t exactly been one of the most popular figures in poker over the past eight or so months. And he probably won’t be popular again until former Full Tilt players get their money back. Even still, Ivey wasn’t letting any of this stop him from showing up to the 2012 Aussie Millions.

The man who people have been touting as the best all-around poker player in the world for years not only showed up, but he made a huge impression after winning the Aussie Millions $250k Super High Roller event along with $2 million AUD. And you’d have to argue that this is the biggest poker tournament win of his career.

Now this is saying a lot for a guy who’s won a WPT title and eight WSOP bracelets. But judging from both a financial and adversity perspective, this is the most impressive win by Ivey. As for the adversity, he’s still dealing with a lot of the pressure from the Full Tilt fallout after Black Friday. In regards to the financial side of things, his largest poker tournament cash prior to this was a 2008 LA Poker Classic title ($1.6 million); he also finished seventh place in the 2009 WSOP Main Event ($1.4 million).

Moving along, this win could be construed as somewhat legendary since the final three players involved Ivey, Gus Hansen and Patrik Antonius. The latter is who Ivey dueled heads-up to complete the huge victory. One more point worth making here is that Ivey moved into second place on the all-time poker tournament winnings list with the win ($15.9 million).

Now does all of this mean we’re supposed to hail Phil Ivey and pretend like he had absolutely no involvement at all in the Full Tilt Poker mess? Not exactly, but we can at least respect his unparalleled poker abilities. Furthermore, we should also recognize that he’s not the primary villain in the FTP scandal by any means.